Something For Everyone – Entertainment And Answers

Hypnotist JR Matthew > Uncategorized > Something For Everyone – Entertainment And Answers

How much fun would it be to go on a magical journey into the imagination?  You could go jet skiing under a warm tropical sun or be the greatest singer who ever lived.  For that matter, you could find yourself feeling your most confident self and removing barriers to your success.  This is what is waiting for you during one of my shows or presentations. 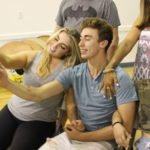 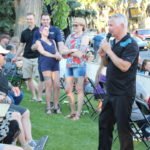 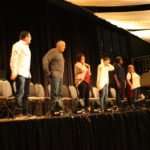 Now for some answers…

When people hear I am a hypnotist, one of the first things they will say is, “I’ve tried to get hypnotized and it didn’t work.  I guess I can’t hypnotized.”

Not true, everyone has the natural ability to be hypnotized.  It is simply a matter of focus.  Whenever you focus on something to the point where is causes you to change how you feel, you have experienced hypnosis.  This is the same as going to a movie and letting the experience unfold to it’s amazing conclusion (think of the thrill ride in movies like Avengers Endgame or Star Wars: The Last Jedi). It is your focus which takes you there.  Of course, if you don’t like a certain type of movie, you are certainly not going to get into it or focus on it.

Or how about… “I wouldn’t want to be hypnotized because I don’t like to be out of control.”

This one is also not true.  All hypnosis is self hypnosis and the hypnotist is but a guide.  Anyone being hypnotized could “wake up” and walk off the stage if they wanted to.  The state of hypnosis is also a state of awareness, therefore, if the hypnotist asked you to do something which you did not want to do, you could just say “No”.  The person being hypnotized is the one who is in control here.